David is a 27-year-old male who is an active member of the Canadian military. As a way of simulating conditions encountered while on-field, he participated in a series of walking trials with Plantiga to evaluate how his gait pattern changes when carrying a backpack with varying loads. This case study highlights how Plantiga can help measure and quantify the effects of various loads on the body and its implication in evaluating fitness-for-duty.

David completed 7 walking trials with loads between 0kg and 31kg. Shown below are the changes in 5 relevant gait parameters as load was incrementally increased. Correlation lines are shown in green. 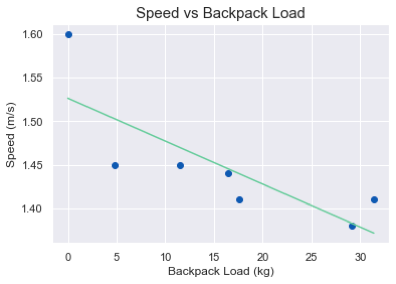 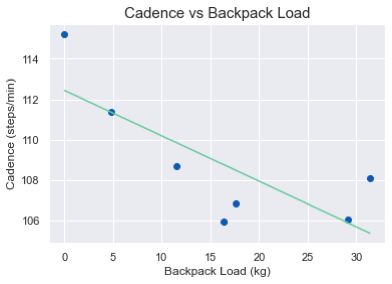 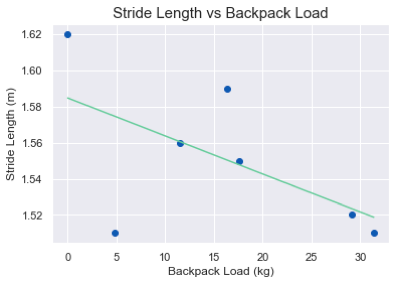 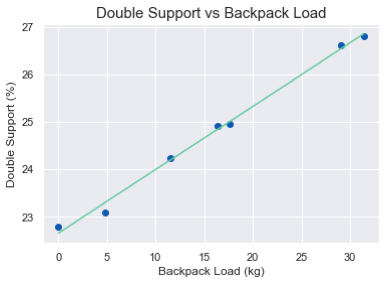 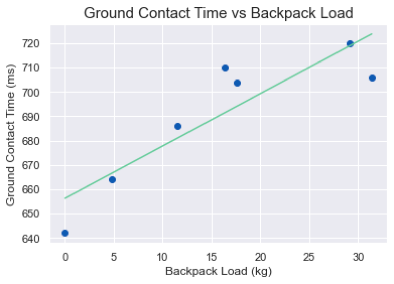 David’s gait pattern was heavily influenced by the changes in load carriage. To accommodate for the extra weight, David adapted to loading strategies that would help him bear the weight. His decreased walking speed, cadence, and stride length combined with increased double support and ground contact time demonstrate his attempt to properly distribute and support the added weight while avoiding excessive rotation of the torso relative to the pelvis.

As a practical application, monitoring the gait adaptations of a new recruit or someone returning from injury could shed light onto their physical fitness and readiness to bear the weight required for active duty. This insight could then lead to specific training regimens that could address deficiencies and ultimately reduce injury numbers.