This case study outlines the rehabilitation process of an anonymous NBA player, whose rehabilitation staff uses Plantiga insoles to monitor the intensity of exercise prescription and the player’s biomechanics during each practice. Each data point shown is from a practice ranging from 30 minutes to 2 hours, during which this player was continuously monitored.

Asymmetry Progression: This player shows linear progress in normalizing their overall asymmetry during each practice. From the first data point on August 14th, it took roughly 4 months to show consistent asymmetry between limbs. 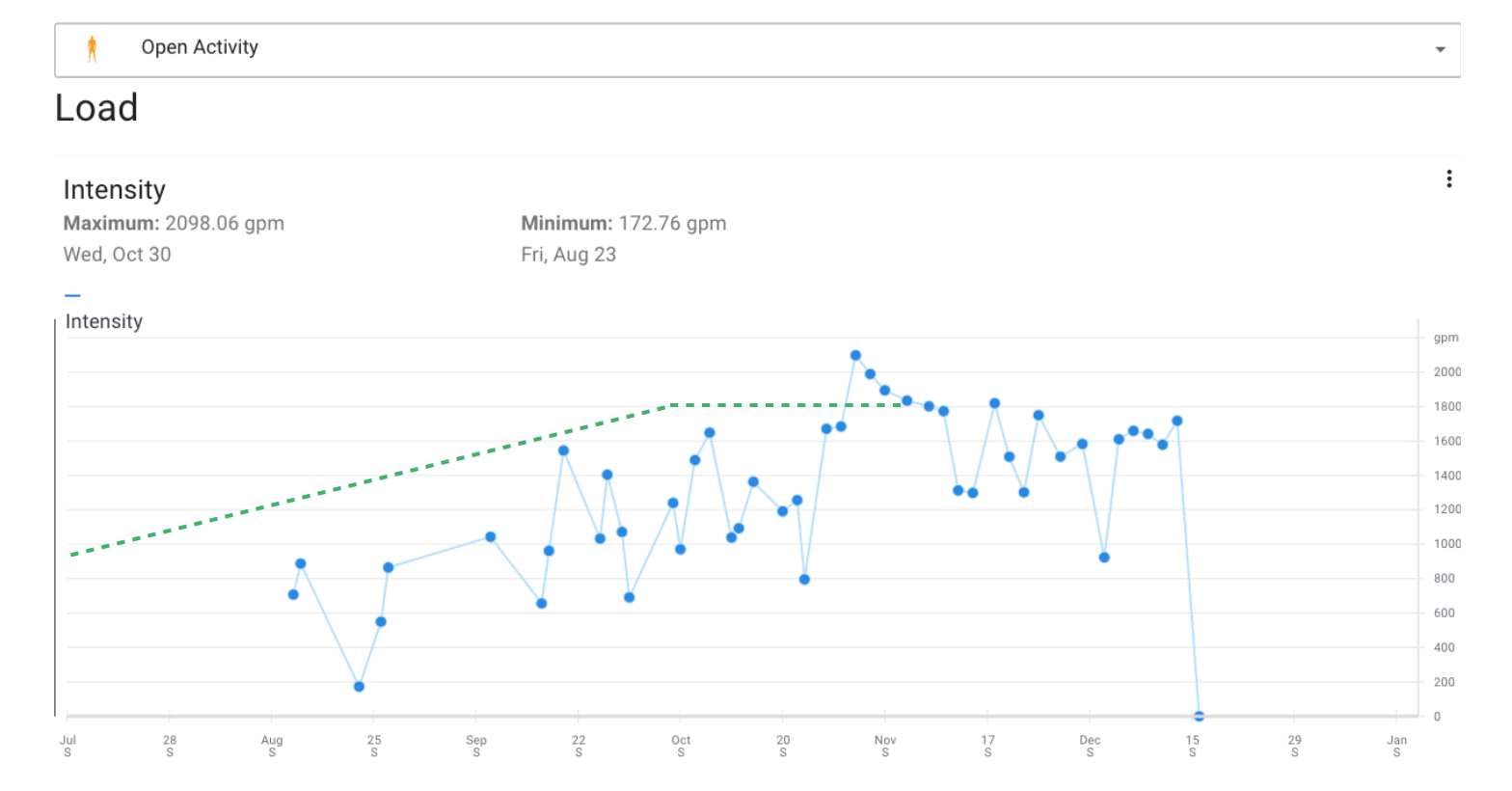 Load Monitoring: While each practice varies in intensity, there is a clear trend of increasing intensity over the course of this player’s rehabilitation. Interestingly, around the same time this player’s asymmetry normalized, practice intensity also levelled out; this could be a sign that the coaching staff felt that this player had progressed to the point of pre-injury when they could consistently prescribe higher intensity practices without risk of re-injury.