Baseline fitness testing is an essential part of any seasonal assessment in sport. Not only does it function to measure and evaluate the physical fitness of an athlete, it also provides insights into their risk for injury prior to and during the season. Recommended areas of testing include aerobic capacity, speed, acceleration, agility, strength/power, and reactive strength (Turner et al. 2011). While laboratory testing is the gold standard for fitness assessment and injury risk assessment, these tests are expensive and inaccessible for regular use by coaches and players. Therefore, standardized, on-field, pre-season assessments have been developed to easily test each of these athletic attributes, such as the SPARQ testing protocol developed by Nike. The soccer specific SPARQ testing includes 5 core tests:

Outlined below is how each of Plantiga’s core activities meet the criteria for standard fitness testing, along with injury risk metrics that improve coaches’ decision  making and reduce injury:

Below is a sample of Plantiga's SLJ Data: 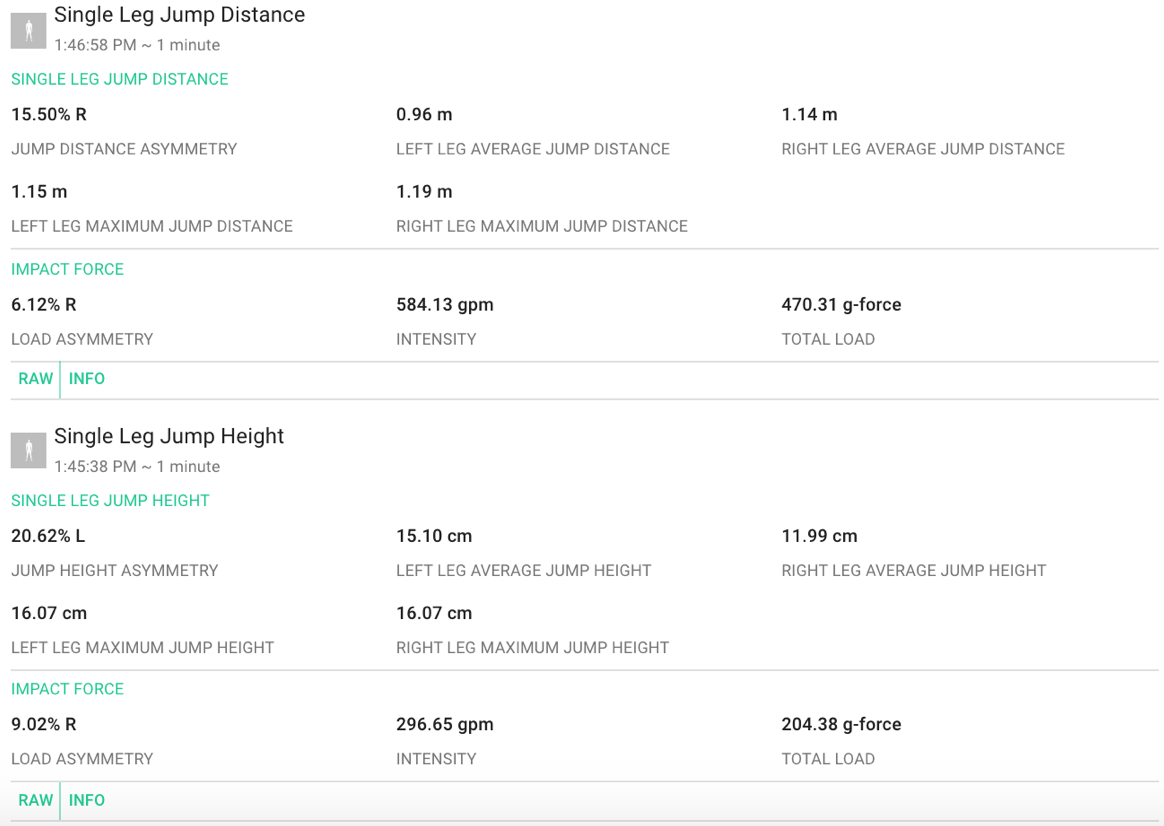 Plantiga performed these fitness/injury risk assessments on a premier soccer club in North Vancouver, British Columbia, consisting of 204 players. Outlined below is the timeline of testing requirements:

In conclusion, Plantiga’s instrumented insoles allow coaches to easily access state-of-the-art fitness and injury risk assessments right from their own field. The ability to assess the core measures of fitness along with injury risk metrics, unobtainable with standard fitness testing services, makes Plantiga the ideal platform for pre-season baseline testing. In addition to the quality of assessment, Plantiga testing is time efficient, only taking 9 hours to get through an entire club. It should be noted that for the assessments outlined above, a roughly 50m x 30m area (i.e. the semi-circle area behind the goal on a field with a track) was used to conduct all testing protocols. If more space and an additional tester had been available, more players could have been simultaneously tested, thereby reducing the total time of testing. Plantiga could provide baseline and follow-up testing for an entire league, providing the insights needed for a team to perform at its best.

Below is a sample of the Plantiga Baseline Report: 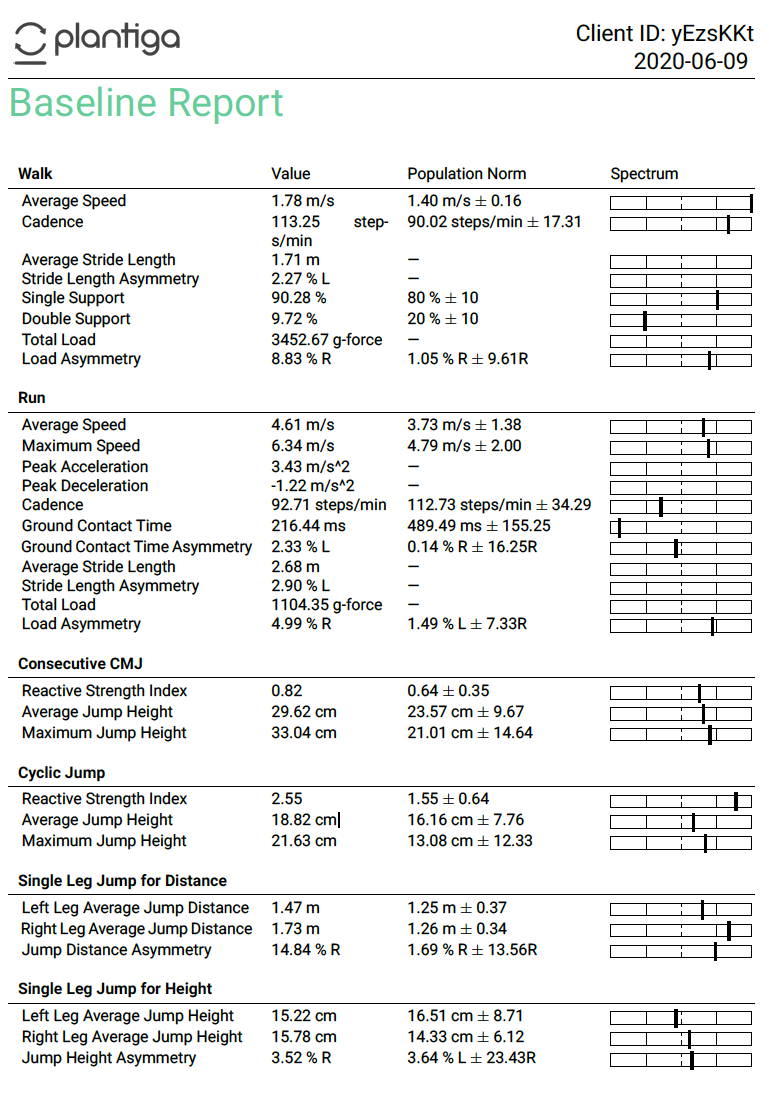